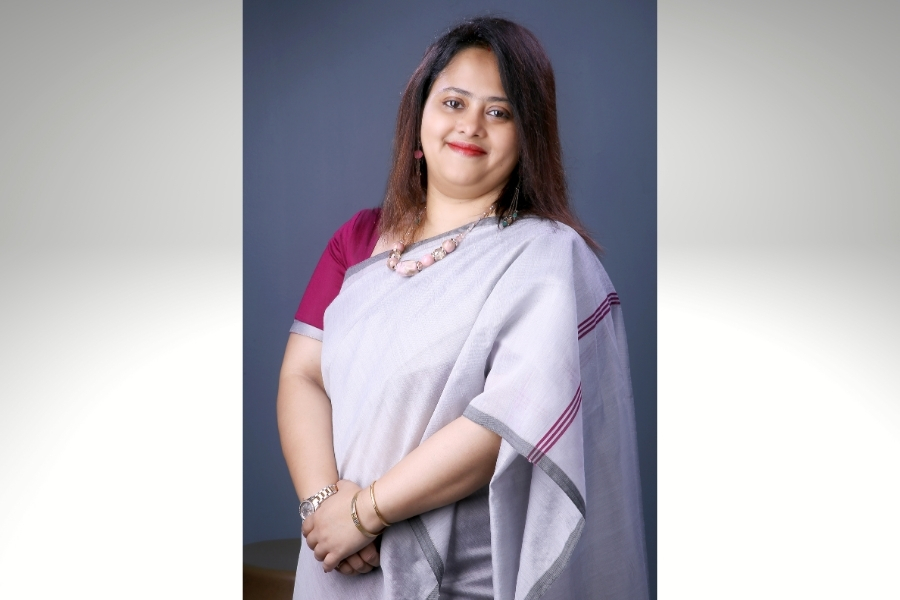 Sarbari is an educator of the 21st century who is fond of teaching and loves inspiring others. She firmly believes in empowering the youth. Teaching , for her, is a form of learning and she describes herself as a life-long learner.  She supports the freedom to learn, which means that she believes people should learn new concepts as per their own preferences.
Sarbari has completed her B.ED and B.SC and also holds a certificate in child psychology. She has bagged certification in transformation coaching and is a top-rated mind power expert. Through her expertise in this field, she is enlightening paths for several people. She is a counselor and a certified NLP practitioner as well. She shares her knowledge and wisdom with the masses so as to empower them. Sarbari has also written a book recently, on self-empowerment. She believes that one can surely do anything with strong-willed determination.
The name of her book is #Me-Myself-Mom, which is dedicated to all mothers. In her book, she has addressed all mothers who are aspiring to achieve their dreams while taking care of their children. She conducts several workshops in which she tactfully handles different daily-life problems. She addresses several aspects: Mindful Parenting, Stress-Free Living, Achieving the highest potential, etc. Personal Mentoring sessions are also conducted on special requests for individuals who are looking for solutions to personal problems.
Sarbari is a Zoology graduate from Calcutta University and started her professional journey in the year 2000. She has worked in several reputed MNCs, including Pfizer, Glaxo, Novartis, etc. After working for four years in the industry, she finally took a break from the corporate world. She is a mother of two kids, Shounak and Shrishti, and while raising her kids, she wished to inspire others’ lives. It was during her professional gap that she revamped herself and started all over again. She restarted as an evolved version of herself. It was in the new education space that she found her IKIGAI -she could find a balance in her passion, mission, profession and vocation .
Spending more than a decade as an educator she has groomed generations , starting from millennials to the Gen Z`s and Alphas. She grew along with them.
Initially started as a pre-primary teacher,  she became the head of a Montessori school in just four years. Sarbari has a sheer passion for empowering people, which made her propel herself with knowledge and skills. With utter dedication, she managed to bag several certifications that helped her make a huge leap in her professional life.
Her entrepreneurial journey started in the year 2018. It was in this year that she started her first venture named Koncept Learning. Her brand Koncept opened the door of a bigger opportunity where she could associate with three like-minded women, Ms. Rama Bhide,Ms. Somia Mittal and Ms. Sowmya S. Together,  they founded Alpha School of Life Skills Pvt. Ltd in the year 2019. Alpha envisions to develop Life Skills among children, young adults, working professionals and

THUMBS UP: While we certainly miss many, we do try to recognize long-tenured public servants at the end of successful careers. The latest to retire after a long career with Carroll County Government is Clay Black, who served in various positions for 37 years. He retired last week as bureau chief of development review. “It’s safe to say that just about every development project in the county and the municipalities Clay has either reviewed or supervised over the past 30-plus years,” Tom Devilbiss, director of land and resource management, said in a farewell to Black at the Sept. 24 Board of Commissioners meeting. Commissioner Stephen Wantz, R-District 1, called Black “the heart and soul of Carroll County.” Black worked his way up from the permits office in 1983 to construction agreements coordinator to subdivision review assistant to development systems supervisor before becoming bureau chief in 2005. Black said he enjoyed serving the county commissioners, citizens and businesses in Carroll County. “My position has given me opportunities to help others with their projects. … allowed me to meet a vast amount of individuals and to work with amazing colleagues,” he told us. “Being able to work with citizens, developers, government officials, outside agencies, colleagues and others has been rewarding.” Black said he plans to spend more time with his wife and dogs and that after a scheduled surgery and physically therapy, he will be spending his days, among other things, golfing, traveling, camping, and volunteering. We wish him well in retirement.